A new internet is incoming. As reported by Financial Times yesterday, the “New IP”—a proposed paradigm-shift in the architecture of the web—was unveiled before the United Nations’ International Telecom Union by Huawei, China Unicom, and China Telecom. It’s a bid to rework the rework the existing IP addressing system by allowing devices in a common network to “communicate directly with each other without having to send information across the internet”, and by smooth out interconnectivity between increasingly incompatible network systems. 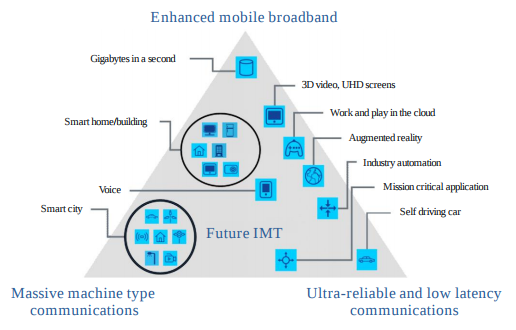 But New IP is just the start. A document titled “Internet 2030”, issued by Huawei’s Future Networks Team in 2017, describes New IP as being an essential factor in the creation of ‘Network 2030’—the emergent network of networks, fueled by 5G and the panoply of additional technologies that it is projected to empower. Network 2030, in so many words, is anticipated to be a productive machinery for immense economic growth in ways that previous iterations of the internet were simply unable to achieve. For some observers, 5G is the technology that will finally unlocked the fabled next K-wave—and Huawei’s papers seem to implicitly affirm this perspective. There, 5G appears, as Christopher Freeman would say, as the lead technology capable of calling activating additional innovation clusters. As detailed in documents obtained by FT, these ancillary technologies include:

Of these, it one of the most unassuming, the tactile internet, that perhaps the most interesting and wide-ranging item in this list, for it is through this that the experience of the internet itself—and the world, by extension—becomes transformed via the introduction of the ‘haptic space’. The high emphasis that Huawei places on industrial applications is bound intimately to TAC: as a matter of ‘closing the data loop’, TAC allows a remote user to experience the world through senses beyond the regime of the visual. Beyond the confines of the industrial spaces, it pushes the already-existing tendency towards telepresence to a higher plane:

What if we could teach a child to play the piano when she’s in Norway, but you stay in Singapore? What if a skilled surgeon could carry out a delicate procedure on a patient, but she’s in a makeshift hospital halfway around the world? Or more mundanely, what if a shopaholic could feel the texture of that blue (or is it golden?) dress before buying it online, or a grandmother could tenderly touch her granddaughter’s blonde curls, while talking to her on Skype?

Here, TAC pushes into the direction of exteriority, trigger a reciprocal, intensive compression of spatial distance for the user. It also venture into the direction of ‘interiority’, not the interiority of mind or body but of the always-already despatialized world of virtual landscapes. A 2014 report by the International Telecommunication Union—which as far as I know is one of the first in-depth explorations of the TAC concept—describes a “Shared Haptic Virtual Environment” that will allow “several users… physically coupled via a VR simulation to perform tasks that require fine motor-skills”. At some point, the two directions collapse into one another; one can picture, for example, a production space devoid of human life, populated only by machines that are controlled by worker-users scattered across a great territorial expanse—users who experience one another and their machines in a close proximity provided by the VR haptic space.

“[T]he lines between real and digital will get even fuzzier”, intones the ‘Internet 2030’ Huawei white paper. “We will advance from virtual, augmented, and mixed, immersive realities to a holographically rendered world in which communication networks will make distances immaterial.”

Haptic space holds a particularly important place, if often overlooked, in the paper of Deleuze and Guattari’s A Thousand Plateaus. In the work’s penultimate chapter, ‘The Smooth and the Striated’, the tactile or haptic appears in contrast to the optical, with the pair roughly mapping to the distinction between smooth and striated space. “The smooth is both the object of a close vision par excellence and the element of a haptic space (which may be as much visual or auditory as tactile). The striated, on the contrary, relates to a more distant vision, and a more optical space—although the eye in turn is not the only organ to have this capacity”. The haptic, for Deleuze and Guattari, is not isolated strictly to the tactile, but something that encompasses a range of sensory perceptions, in which the tactile has an important role to play.

It is also a function of identificatory systems: on the side of the optical-striated, it is a matter of the organization of matter itself, the ‘subordination of the line to the point’ (what they describe elsewhere as the punctual system: the architecture of history itself (see my recent paper ‘Anti-History’ in La Deleuziana for more on this)). On the side of the haptic-smooth, by contrast, it is an affair of “events, haecceities… materials [that] signal forces and serve as symptoms for them”. Here, the haptic-smooth is what lurks beneath the optical-striated—but it is essential not to treat the haptic and the smooth or the optical and the striated as mere synonyms. The smooth precedes the haptic and the striated the optical. It is only when we have the smooth and striated posed as separate and distinct—which can never be achieved in empirical reality—that the polarity of haptic and the optical can be grasped.

In a less abstract register, perhaps this distinction can be deployed to understand different phases in the evolution of the internet. It seems clear that ‘Web 2.0’—the large corporate internet, typified by Facebook—is an optical regime: largely organized around two-dimensional symbol systems, the defining characteristic of the contemporary web is its all-encompassing visual orientation. The arrangement of this visual orientation fulfills two interrelated functions: it enhances the operational capacity of particular modes of telecommerce (chiefly: the capture, aggregation, and selling of information produced by users), and it reconcentrates forms of individualized identity. If the face for Deleuze and Guattari stands for the fixed, produced identity, Facebook can only appear as a nightmare. Mark Fisher:

…mainstream culture has become increasingly reduced to folk psychological interiority. Whether it’s reality tv or social networks, people have been captured/captivated by their own reflections. It’s all done with mirrors. The various attacks on the subject in theory have done nothing to resist the super-personalization of contemporary culture. Identitarianism rules. Queer theory might reign in the academy, but it has done nothing to halt the depressing return of gender normativity in popular culture and everyday life. Elements of ‘leftist’ politics not only collude in, but actively organise this rampant identitarianism, corralling groups into ’communities’ defined according to the categories of power: a Foucauldian dystopia.

This visual or optical regime has led the businesses that engage with internet development into a structure that appears isomorphic to the domination of finance capital (the barrier between the two is, in fact, rather thin, if existent at all). Both operate several degrees removed from the material conditions grounding the ‘real’ economy, and both traffic in commodities devoid of physical form. Likewise, the source of profitability for each is less that of commodity production itself; both internet industries and finance capital tend towards the consolidation of a rentier class insulated by a strata of information managers. It’s unsurprisingly, then, that both tend towards recursive bubbles as the surrogates for real growth, playing out against the backdrop of industrial stagnation.

Huawei’s proposed ‘new internet’ threatens to break with this paradigm. The focus shifts from rents, speculation, and an undo emphasis on consumer behavior back towards commodity production, industrial development, and ‘real’ growth: the internet as we know it becomes merely the preamble for what is to come. The priority of the visual or the optical fades away precisely in the moment that the tactile or haptic moves to the fore.

In Flatline Constructs, Fisher anticipated that ‘tactile power’ would emerge as a control system that drew upon excitation and explosive libidinal energies—the very things deemed liberatory by the post-68 generation—as their operational paradigm. Psychedelic fascism. Yet at the same time, he believed that this emergent haptic space would ultimately see the overthrowing of the control system’s masters in a highly infectious deluge, a soft apocalypse in the mode of Videodrome. China’s system, by contrast, seems to avoid just this. According to FT, critics of Huawei, China Telecom, and China Unicom’s proposition “say [it] will also bake authoritarianism into the architecture underpinning the web”. Government control over IP addresses would allegedly be enhanced due to the addition of “‘tracking features’ responsible for authenticating and authorising new addresses being added to a network”—not to mention a “shut-up command” that would allow central bodies to cut off certain addresses form the wider network.

Despite their warning that a smooth space will never save us, Deleuze and Guattari’s opposition to the striated space (a position that is far more ambivalent than commonly recognized) is often taken of an affirmation of anarchic tendencies on their part—but they do indeed note that, by the advent of the transnational market economy in the 1970s, capitalism itself was instantiating a global smooth space. Plummeting backwards into the past, they also suggest that the smooth space was itself the precondition for the formation of imperial social orders:

The desert, sky, or sea, the Ocean, the Unlimited, first plays the role of an encompassing element, and tends to become a horizon: the earth is thus surrounded, globalized, “grounded” by this element, which holds it in immobile equilibrium and makes Form possible. Then to the extent that the encompassing element itself appears at the center of the earth, it assumes a second role, that of casting into the loathesome deep, the abode of the dead, anything smooth or nonmeasured that may have remained. The striation of  he earth implies as its necessary condition this double treatment of the smooth: on the one hand, it is carried or reduced to the absolute state of an encompassing horizon, and on the other it is expelled from the relative encompassed element. Thus the great imperial religions need a smooth space like the desert, but only in order to give it a law that is opposed to the nomos in every way, and converts the absolute.

It is for this reason, they add, that “Riegl, Worringer, and Maldiney… approach haptic space under the imperial conditions of Egyptian art”. The haptic is thus bound, in a genealogical sense, to the formation of great empires: it is here defined as the horizon-background relation, the prioritization of verticality and horizontality as orientating paramters, and the enclosure of individual forms against the onslaught of unrelenting change. “Like the pyramid-form, every side a plane surface, against the background of the immobile desert”.

Deleuze and Guattari ultimately push back against this interpretation, choosing instead to (un)ground haptic space in the “abstract” or “gothic line” that cuts across life and dead, organic and inorganic, and all other fundamental polarities. It is precisely here that Fisher picks up the line and advances it into the territory of a ‘gothic materialism’ that culminates in an eschatological overflow of all control. Yet such a vision, closely linked to the rhetoric of the new economy (as I argued in my earlier post ‘Stagnation Conscious’), seems less clear given the development of New IP as the foundation for the ‘Internet 2030’—and as Huawei has moved into the US’s crosshairs, and the pursuit of 5G heats up into an arms race between great powers, the distance between ‘minor’ and ‘major’ politics implodes.

If China, as Vince Garton suggests, is poised to become the imperial administrator of universal stagnation, then perhaps Riegl, Worringer, and Maldiney’s binding-together of great empires and haptic space becomes nothing short of prescient. 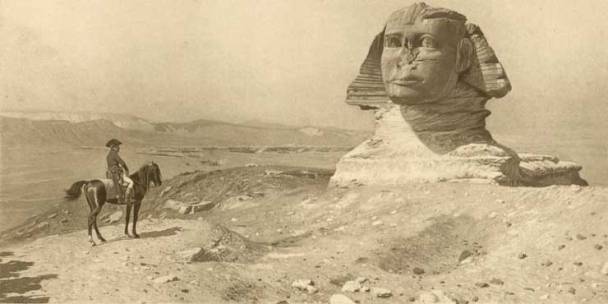 View all posts by edmundberger