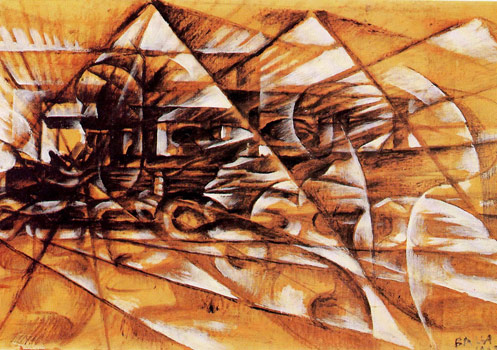 Koselleck’s essay “Does History Accelerate?”—to be found in the recently-published collection of his late works, Sediments of Time—is full of brilliant historical notes on the “annihilation of space by time”, highlighting the importance of revolutions in transportation and communication in producing these socially-palpable effects. Hat tip to MF Doomer for drawing my attention to this paper!

Prior to the invention of [new] technological instruments of acceleration, the modern state and civil society had already achieved an astounding velocity in their transportation systems. However, they ran up against an absolute limit dictated by nature. Roads could be improved, coaches refined, but the power of horses remained limited. Sailing ships could be perfected, but in the end, their speed depended on the wind. The optical telegraph could be rationalized, but transmission was thwarted by nightfall, or by rain and clouds in the day, not infrequently for days or weeks. Sometimes a partial report was all there was for days: thus, victory was reported from Spain without anyone in Paris learning whether Wellington or Napoleon was the victor.

Once acceleration was unleashed in interpersonal traffic, it could only be driven further once technological inventions allowed it to surpass nature-given limits. Only in the wake of the French and Industrial Revolutions did acceleration begin to become a universal principle of experience.

Let me list several criteria of the principle of experience formulated at the time.

The most frequent benchmark for acceleration was the disappearance of space. In 1838, the Brockhaus der Gegenwart [Brockhaus Dictionary of the Present] pointedly defined the essence of the railroad as follows: “It does away with spatial separations by bringing things closer in time. [ . . . ] Thus, all spaces are only distances for us by virtue of the time we need to pass through them; if we accelerate these times, it limits the influence of space on life and transport.” The writer makes individual calculations for the world of work and politics with touching naïveté, and the railroad’s coming military significance is intentionally overlooked. Traveling by train, the itinerant manual laborer would gain four and a half days of working time per week. Adjacent cities would grow together into an “artificially concentrated space.” The division of city and countryside would be overcome by a common economic space. “Land and sea will exchange roles.” “Railroads will reduce Europe to approximately the territory of Germany.”

We need not include any further examples. Ignoring political or social factors of change, the data of acceleration are projected linearly into the future. But this is not without political purpose. The enemies of the railroad recognized and feared the democratizing effect of the railroad, which transported all the existing estates [Stände] in four classes at the same speed. It was a commonplace that the railroad initiated the age of equality. And it is almost unnecessary to mention that the unification of legal spaces at the cost of traditional regional titles was part of the same inventory of experience.

But acceleration was also registered in other areas unrelated to the railroad. In 1793, Adam Smith’s calculations made their way into the German Realenzyklopädie. The division of labor “does not simply induce corresponding growth of the productive powers, but also helps to save time by gaining time that otherwise would have been lost on moving from one kind of work to another. This gain in time significantly increases the quantity of work.” Ultimately, wages are saved with the gain in time, and machines are to thank for it all. The working time freed up in this way should in turn be used for the satisfaction of new needs, which emerge because the machines have already satisfied existing needs.

2 thoughts on “Annihilation of Space”

View all posts by edmundberger